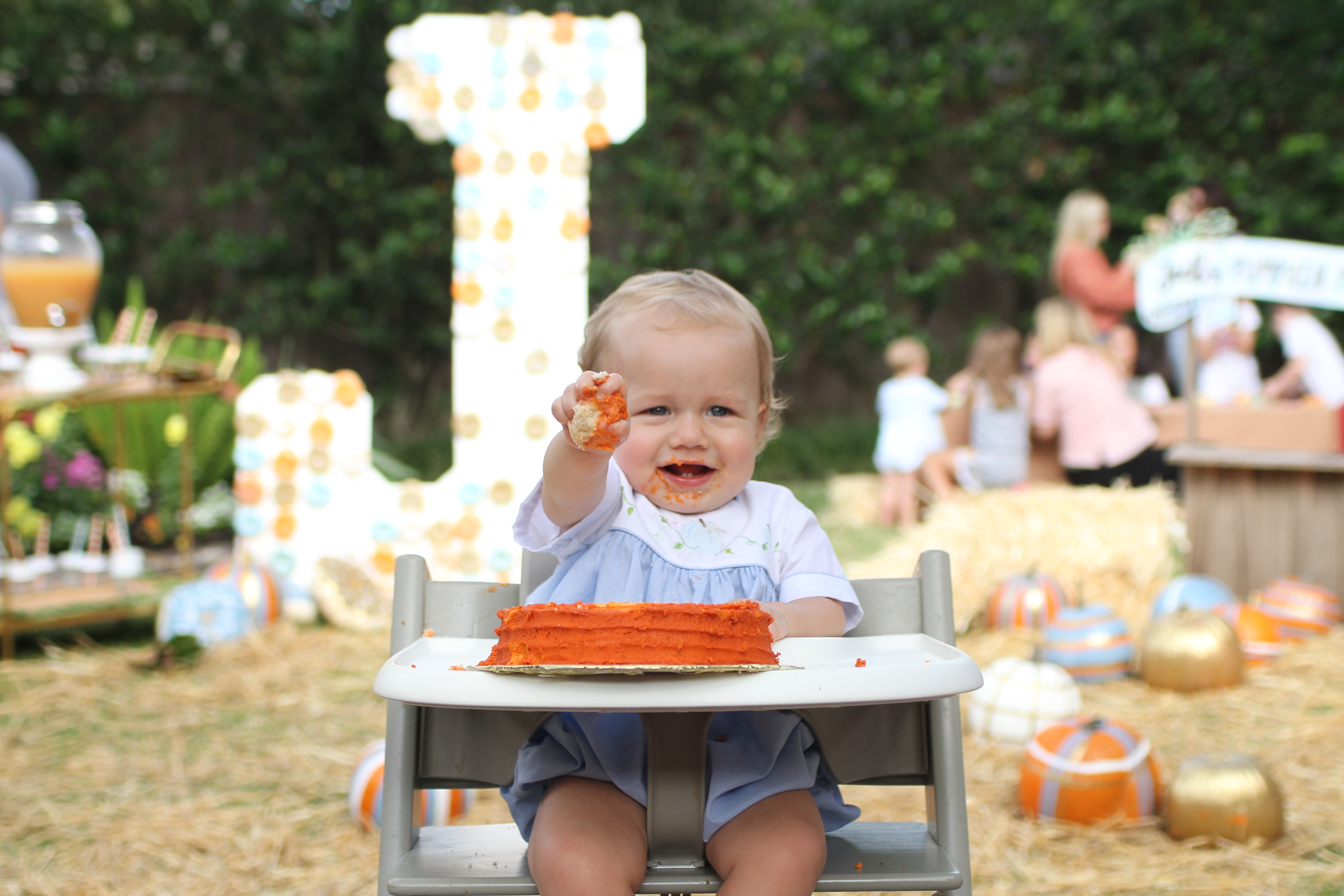 I cannot believe it’s been almost a year since we celebrated Jack’s first birthday! I’m so excited to share some details from his birthday party today, as well as some of the sources of inspiration and how to create a fun fall themed pumpkin patch birthday! It all started with Taylor Swift. Makes sense that T Swift would be the inspiration sources for a 1 year old party right?! Ha! I saw a giant sized “TS” donut wall when she came to Houston for the Superbowl when Jack was only a few months old and thus began my fantasy of creating life sized initials for Jack’s birthday. Because it’s totally normal to begin planning your baby’s birthday 7 months in advance right?! Ha!

Donut walls seem most appropriate for a morning party and as a rule most kids are happier earlier in the day which lent itself to our “flapJacks in the pumpkin patch” birthday theme. I’ve turned my back yard into a pumpkin patch for previous parties and thanks to $3 pumpkins at Trader Joes a pumpkin patch is born! I got friends, neighbors, the mailman!! and the kids in the spirit of the theme with pumpkin painting activities a few weeks leading up to the party. 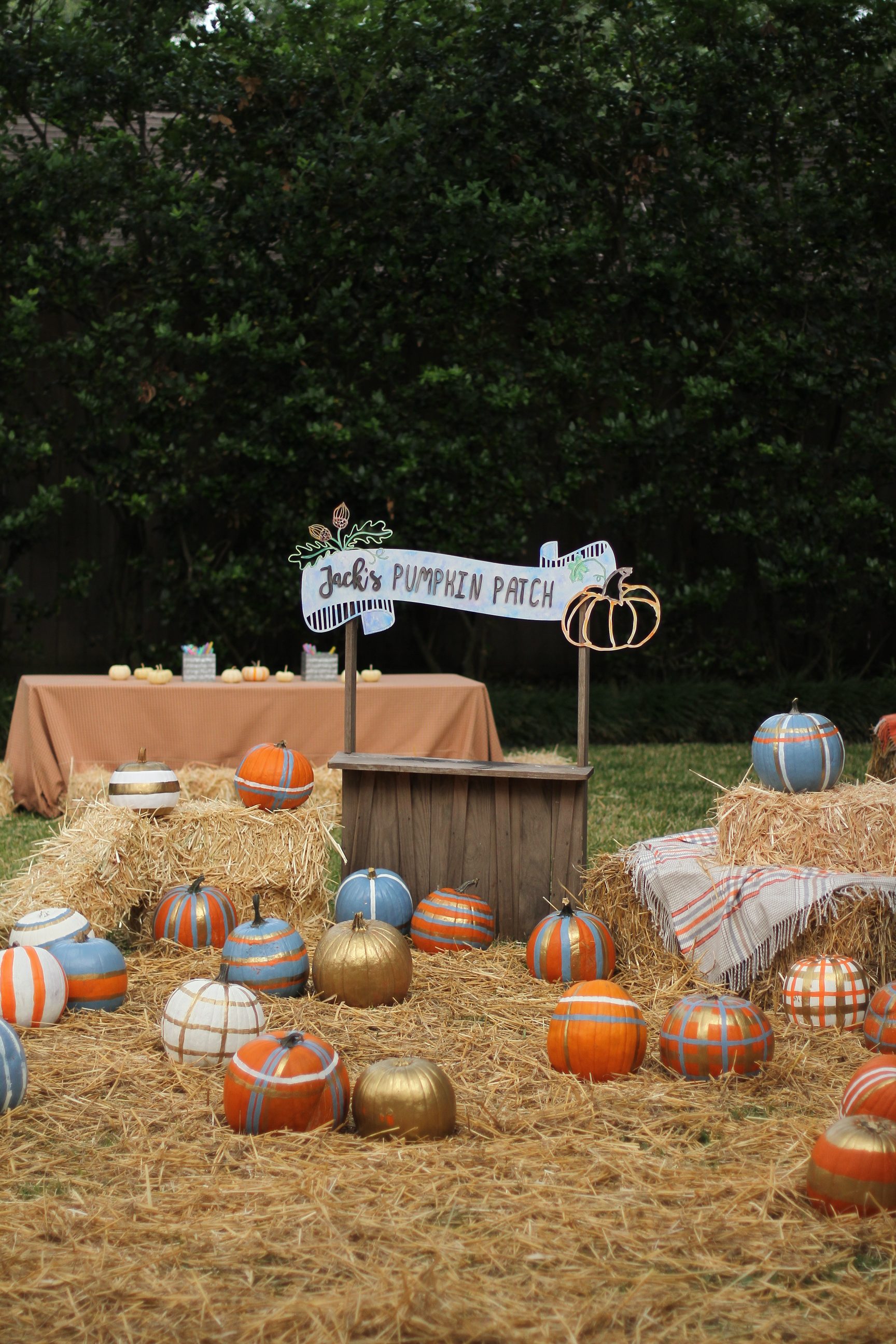 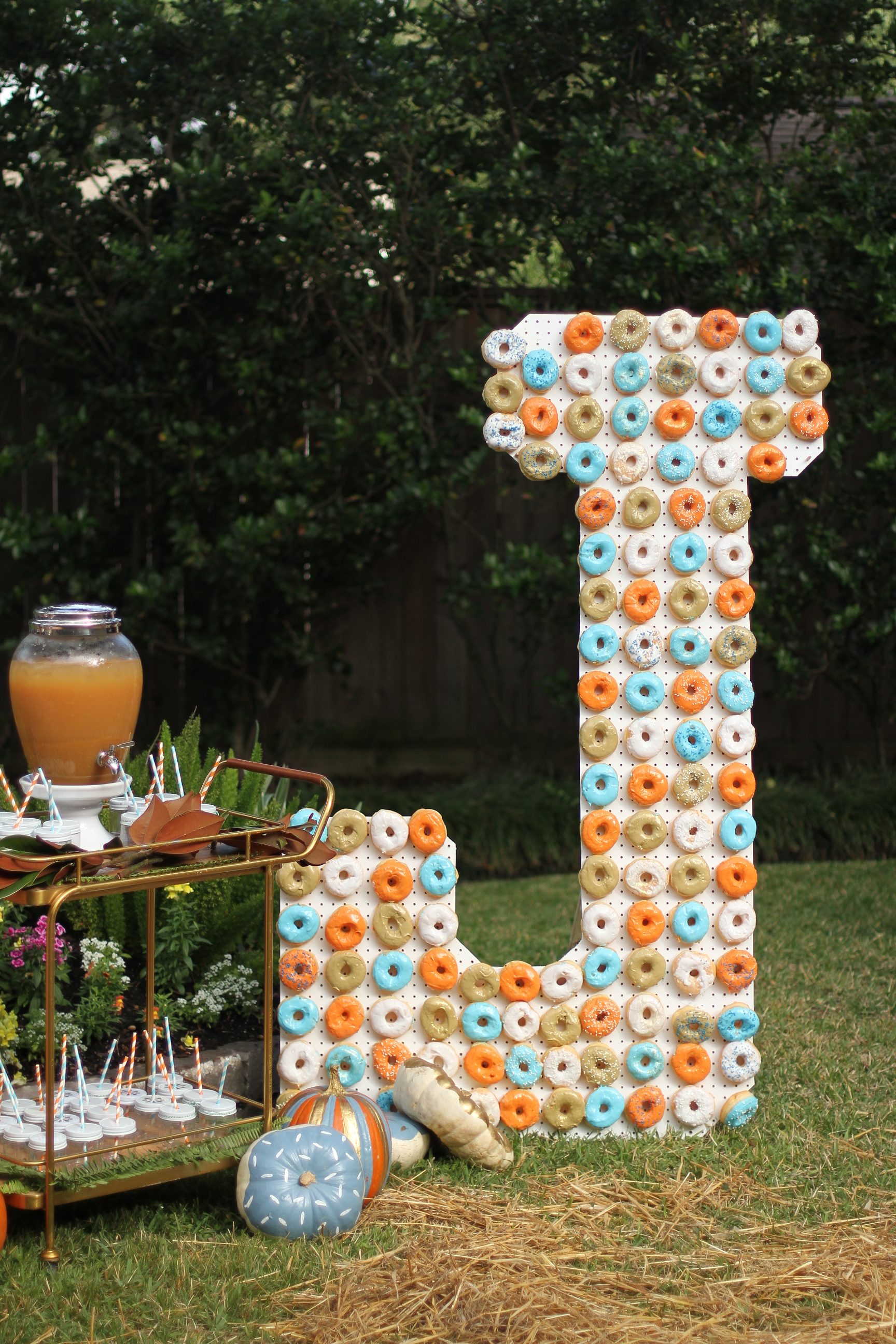 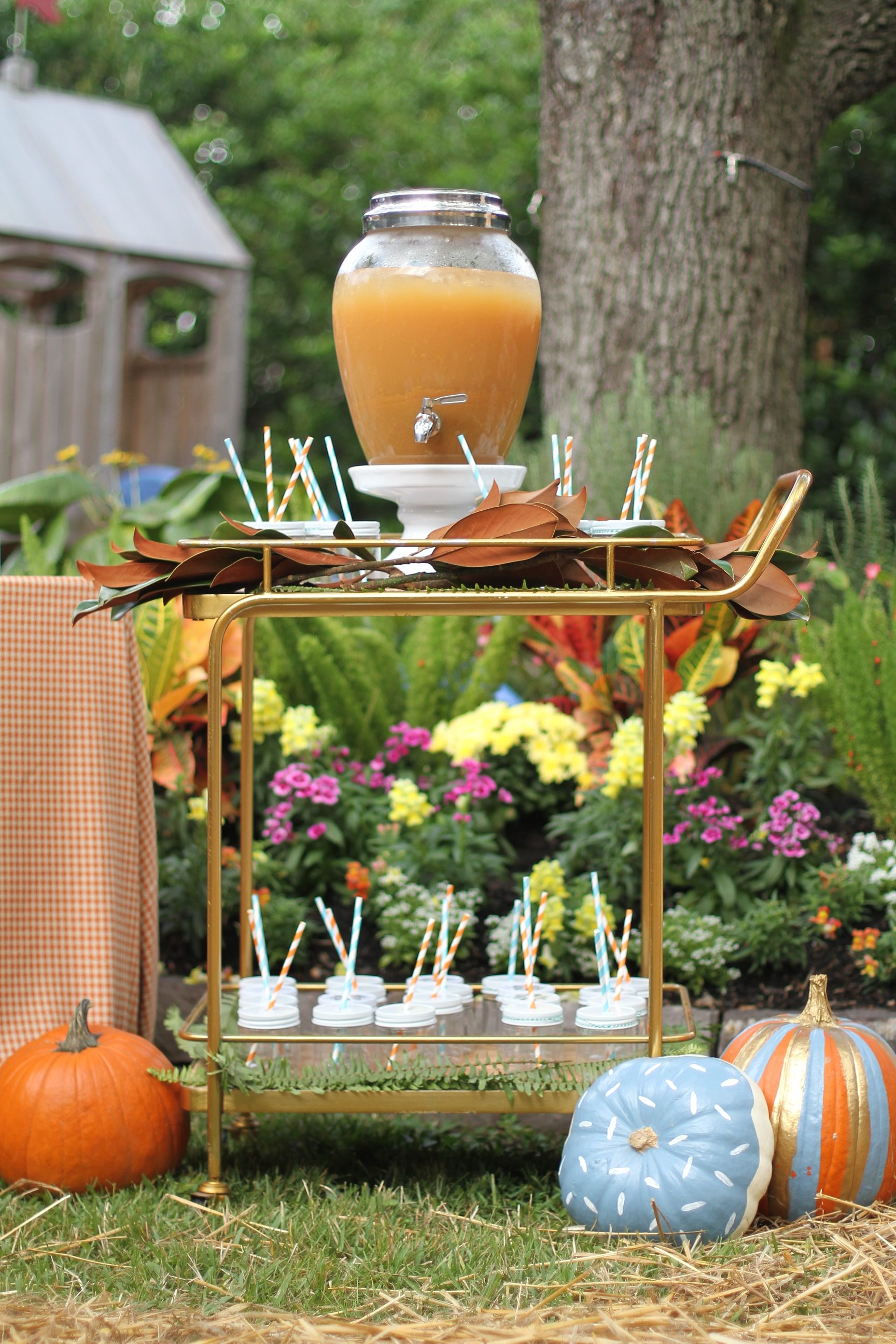 The menu was simple and outsourced (chick-fil-a + frozen pancakes to the rescue!) minus a few Pinterest crafts, including tangerine pumpkins and these popcorn corn husks which are soooo fun to make and super tasty! 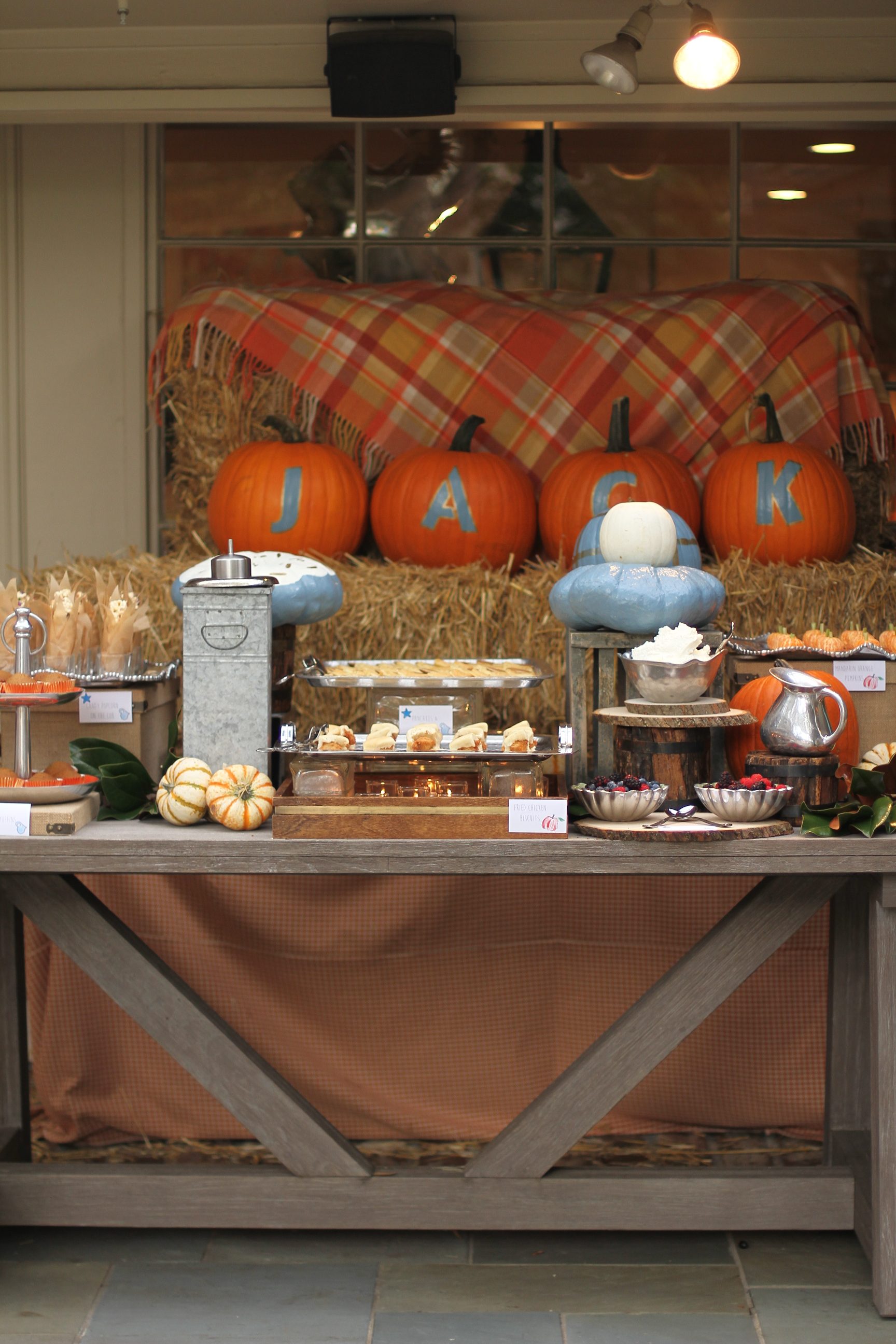 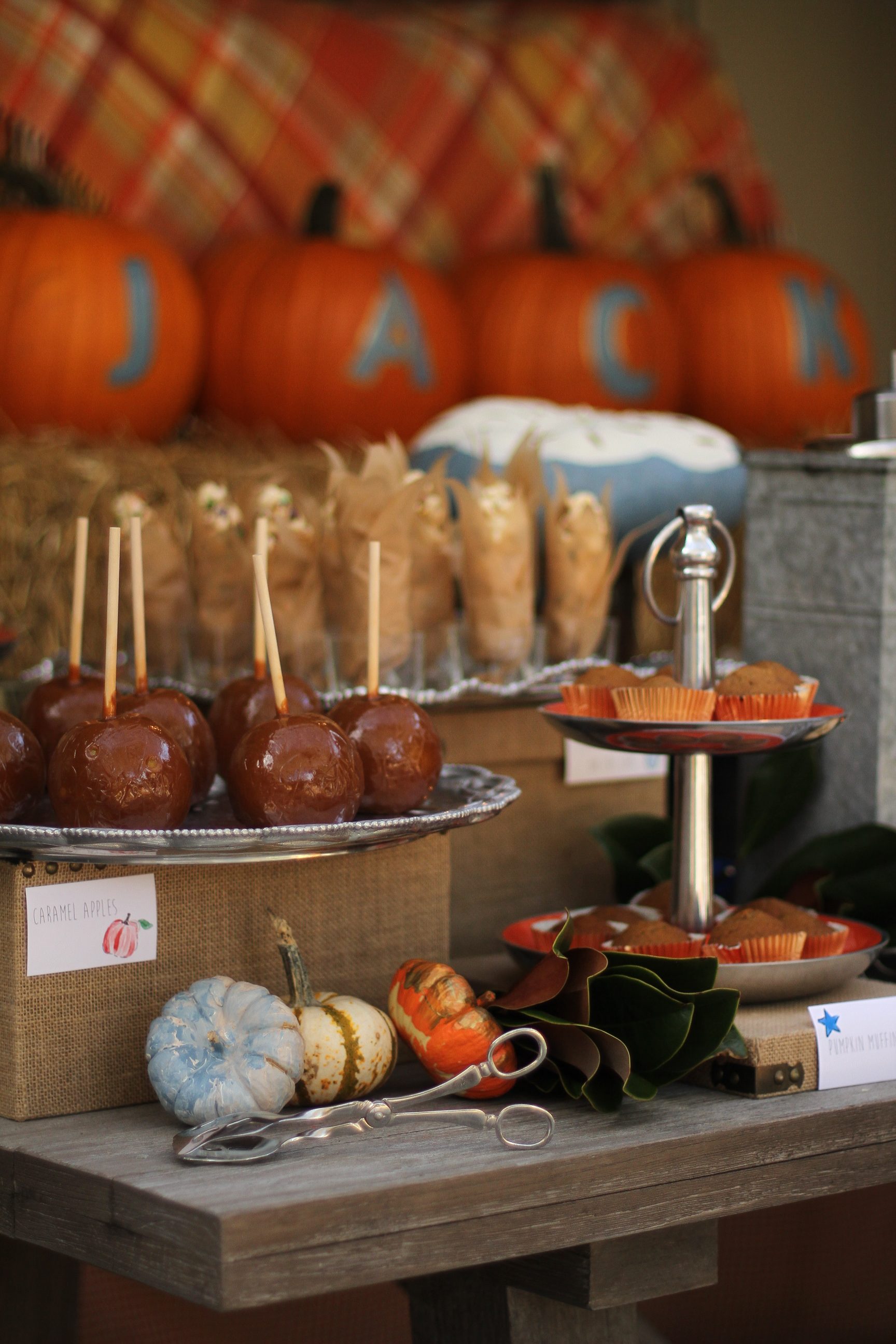 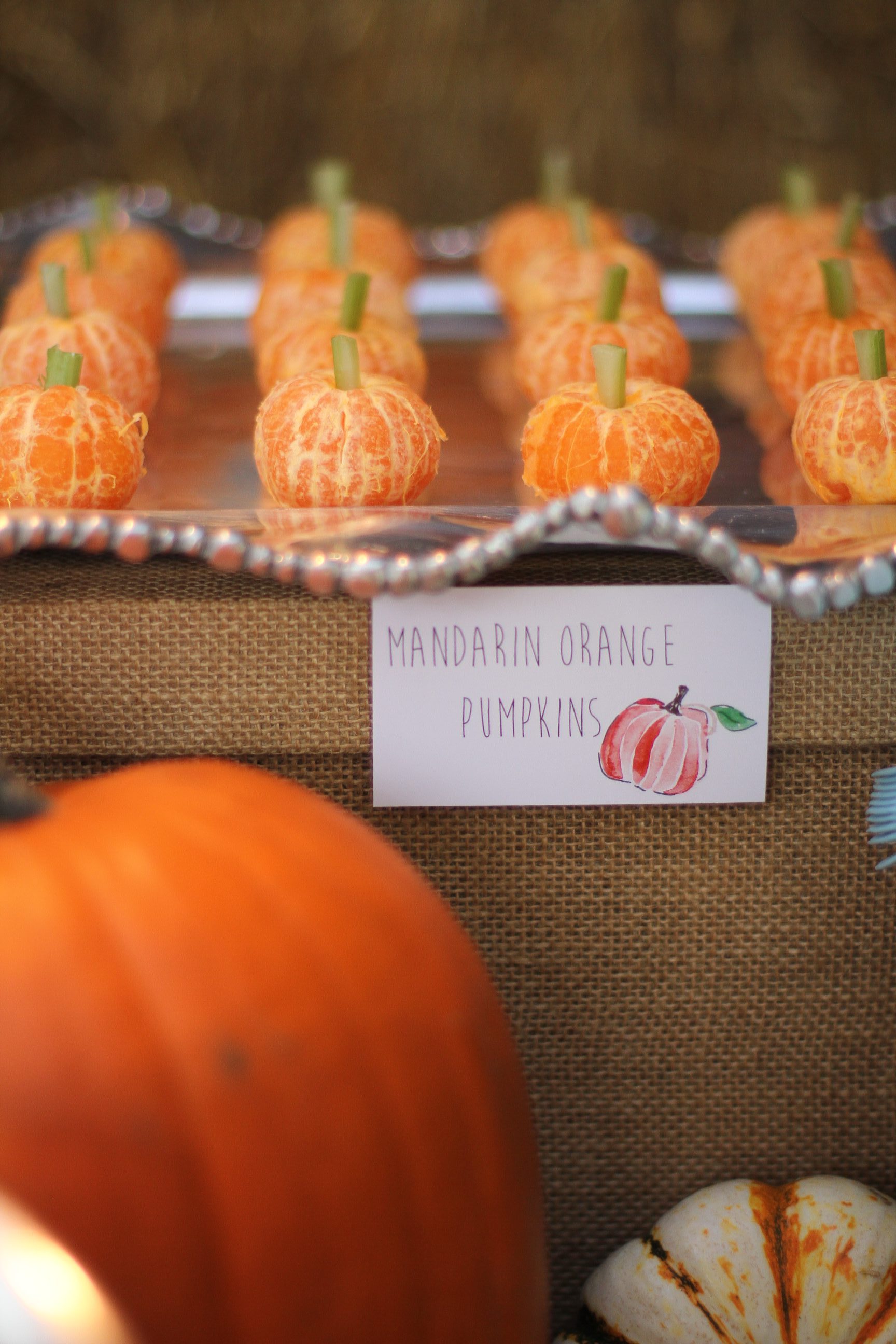 And no morning party is complete without a prize for the parents, a coffee bar! Iced coffee for summer-like fall temperatures in Houston! 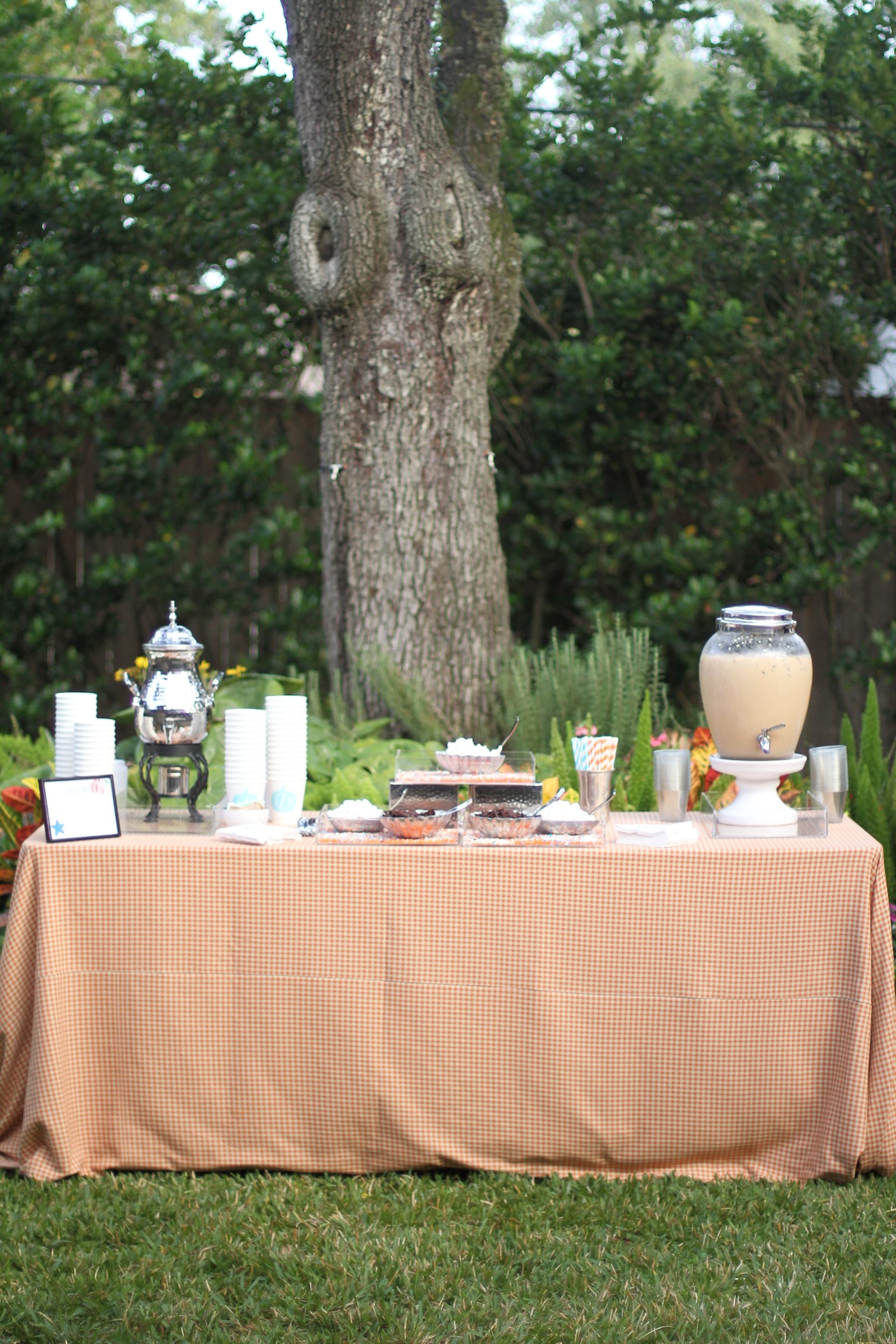 How festive are these stir sticks and cake topper by Post Studio?! In true Texas form I love any chance to throw a kid’s monogram on something for a party and created a pumpkin themed logo for these cups with Ella’s Paperie. 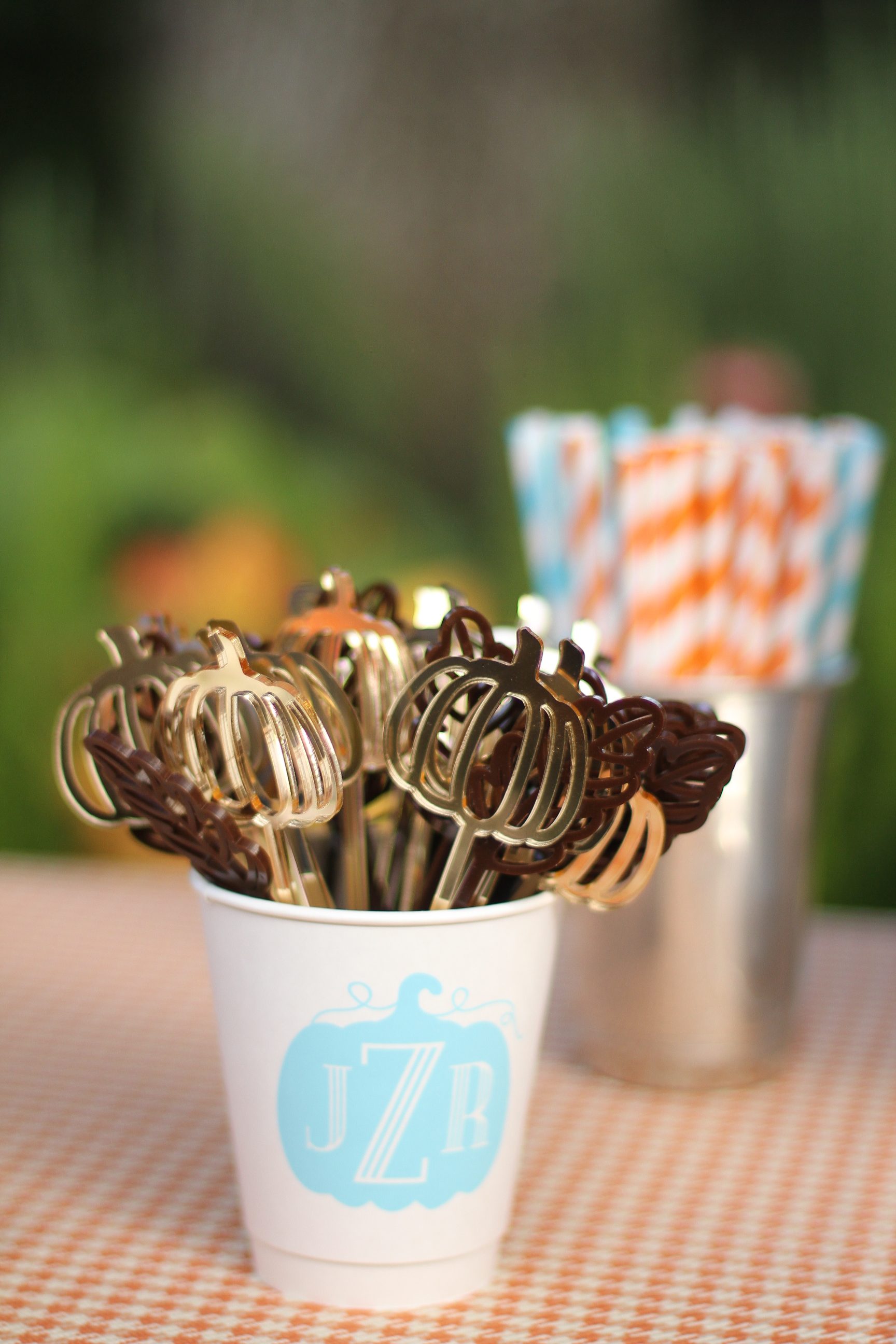 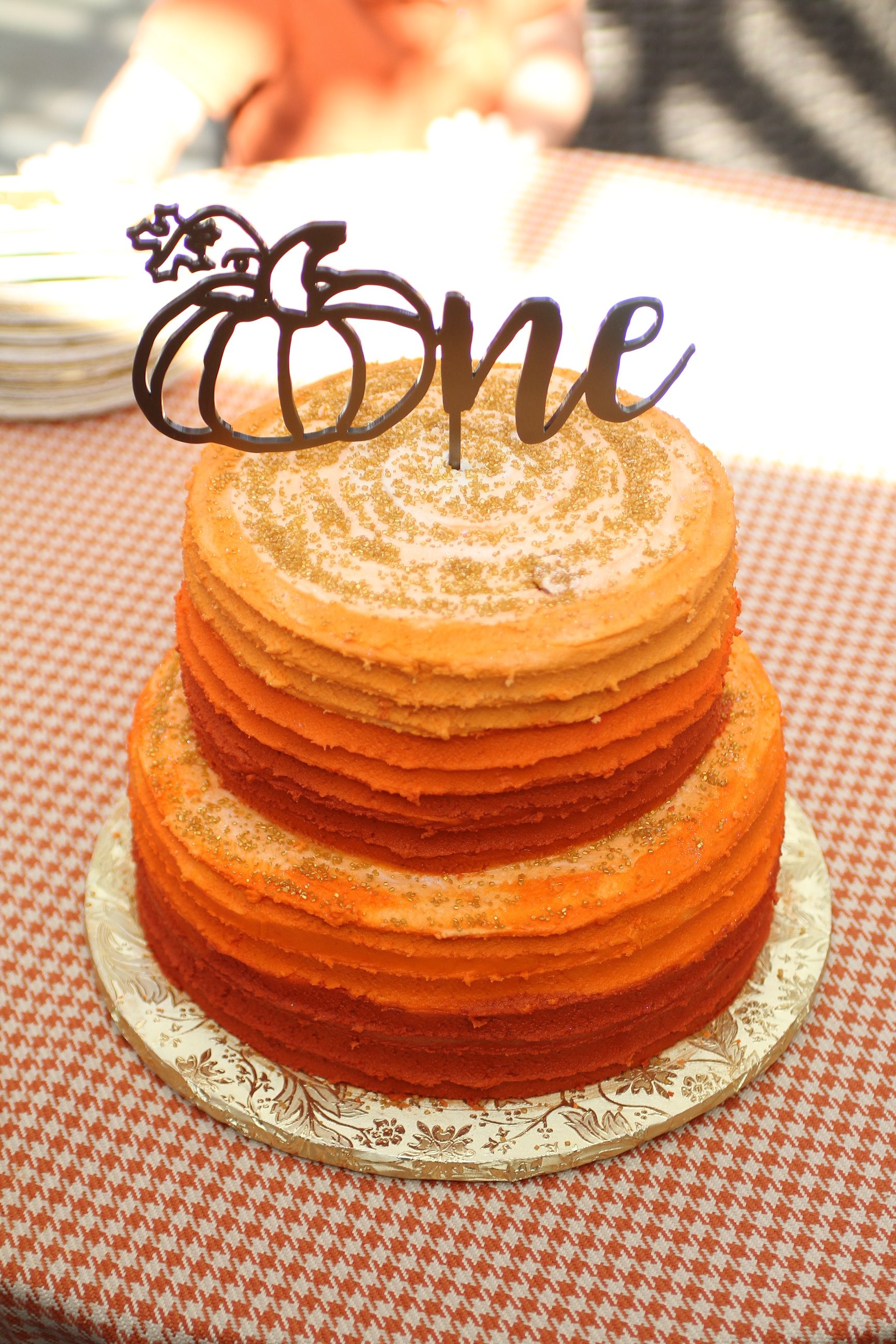 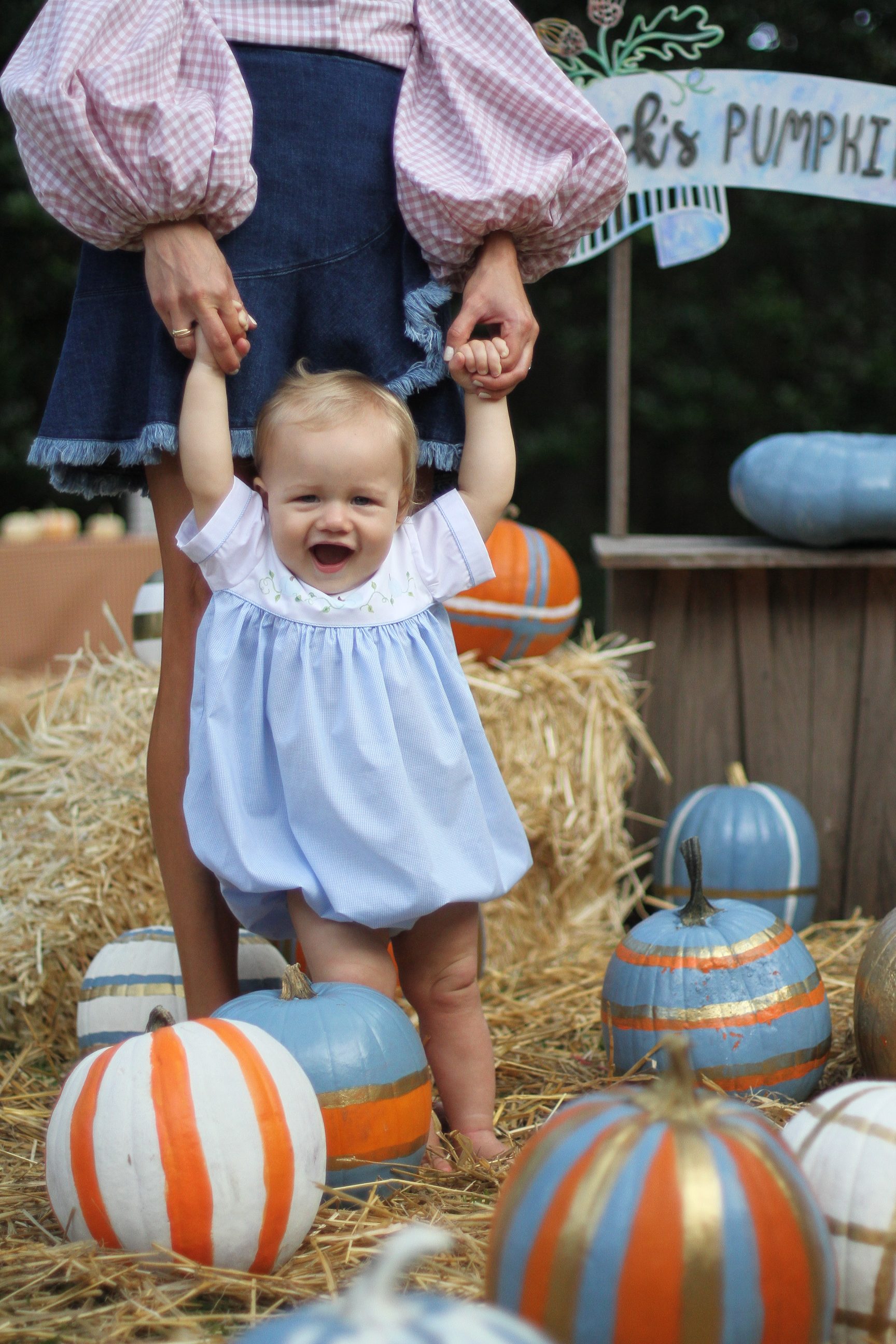 The kids have had this wooden stand for years (find similars here from etsy) and we’ve used it for almost every birthday party, swapping out the sign above. Post studio created this fabulous custom sign that served as an adorable photo opp. On the count of 3 say “donut!!” 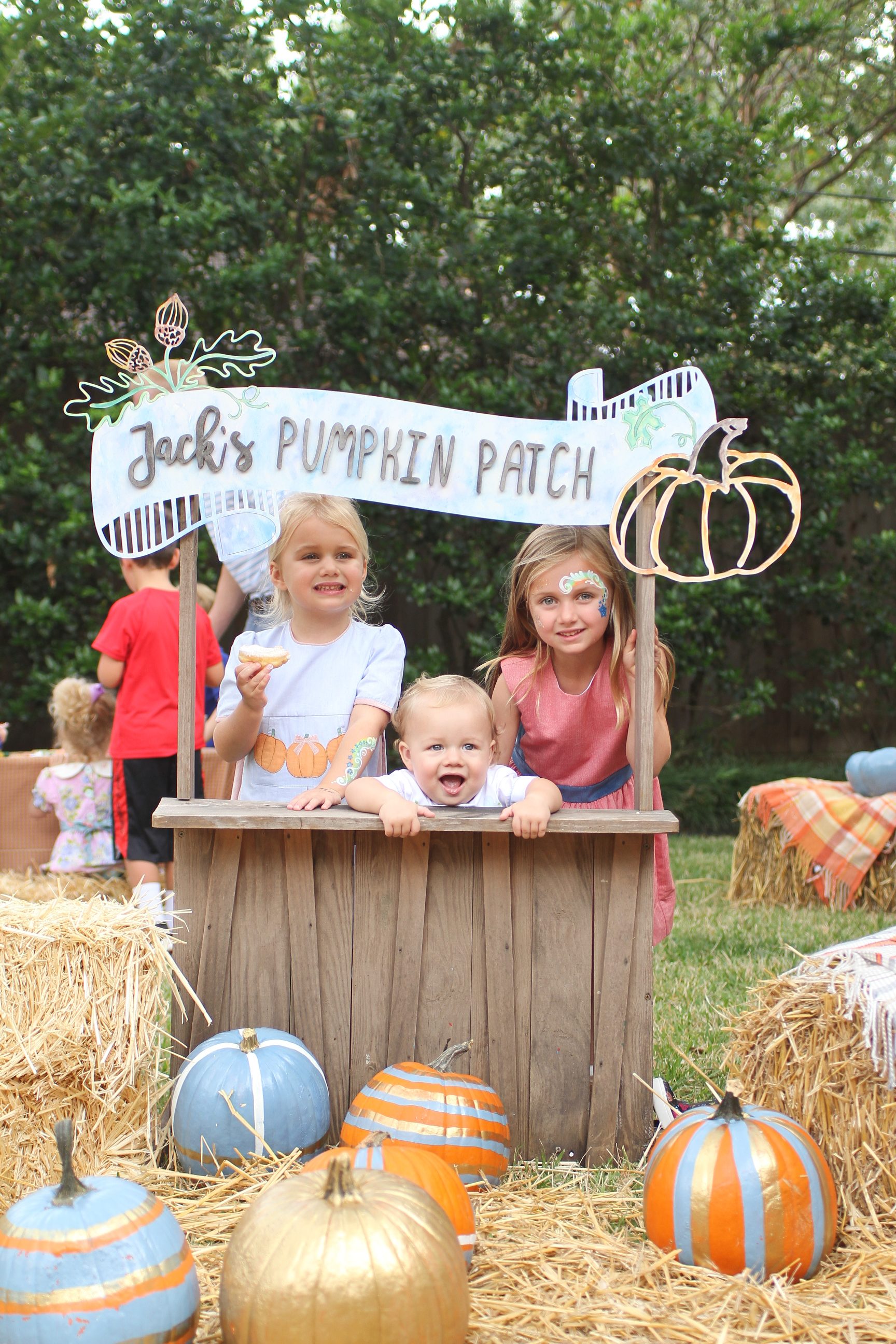 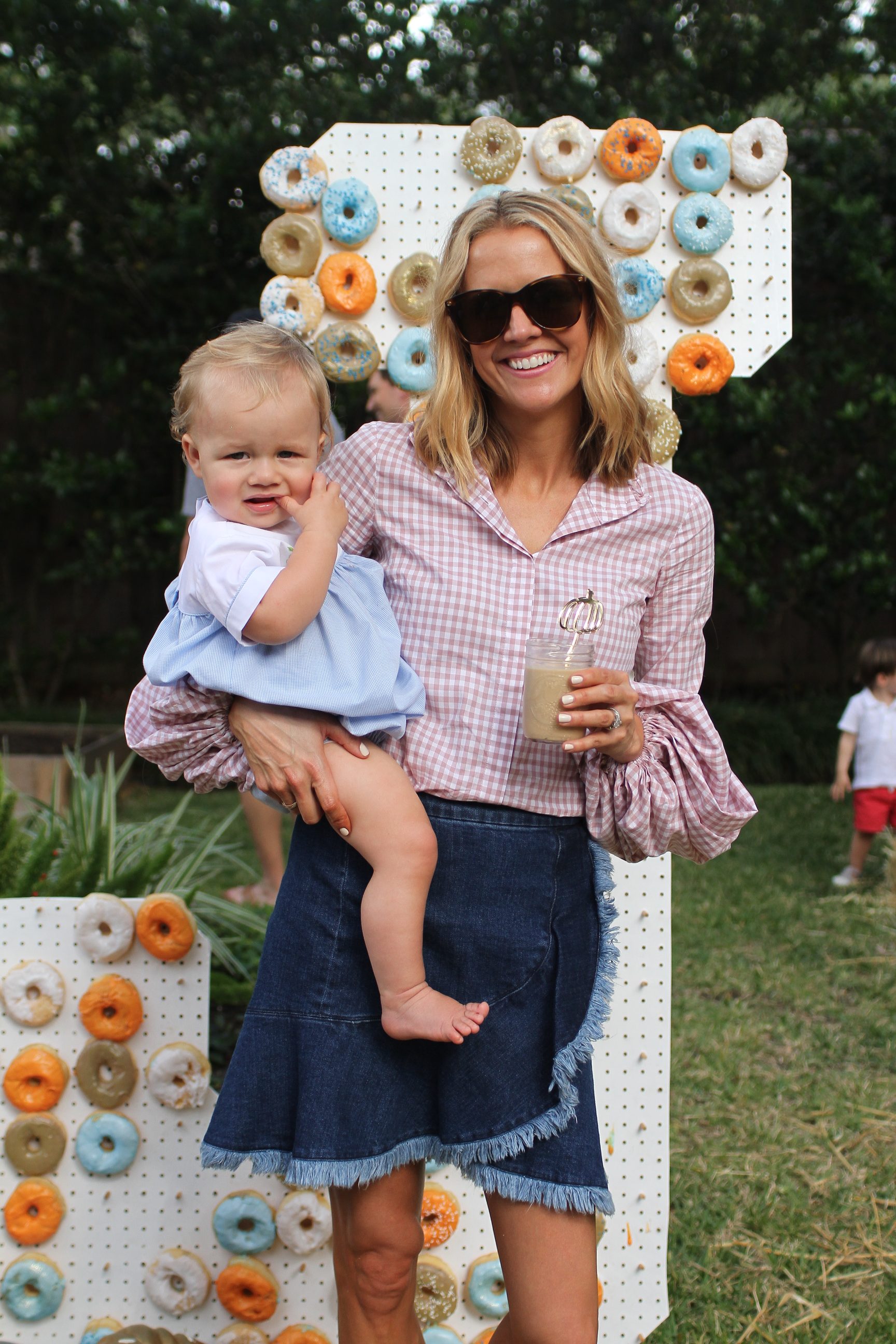 maxi skirt for all occasions