A few weeks ago the girls and I ventured off to the Washington DC for a whirlwind 48 hours of all things patriotic! I actually lived in DC for a few years before I was their mama. I worked in politics, traveling on the advance team for the McCain Campaign for President, and then a stint at the National Republican Congressional Committee. This post comes at a time when I’ve been reflecting more than ever on my time in DC, with Senator McCain’s recent passing. Politics aside, John McCain was a true hero {read this book, it’s an unbelievable story and the impetus for my wanting to work for him back in 2006}. John McCain’s spirit for our country was infectious and he’s one of the toughest men I’ve ever encountered. Mentally tough, physically tough {a pow in North Vietnam for 5 years!} and above all a really good human. He’ll be greatly missed by all of the lives he’s touched over the years, including mine.

My time in DC was pretty short, but the friendships I forged are lifelong. There’s something about working hard and playing hard in your 20’s that lends itself to some solid camaraderie. I digress. Anyway, a lot of my friends are DC lifers and hooked us up with some pretty amazing tours while we were in town.

The US Capitol was by far the most memorable. We essentially had the place to ourselves, touring around 6 pm, which during recess is long after staffers have peaced out for the day. It was just us and the guys waxing the floors of Statuary Hall! The girls were the most impressed with The Lincoln Room, which I learned has been used as a mere storage room until Majority Whip Scalise brought it back into action. Now it’s a really cool nook for impromptu meetings or for members to hang out in between votes. There is this hidden door underneath the carpet that leads to a spiral staircase and of course the girls had to explore which meant I had to follow them. ;)The secret chamber will for sure stick into that core memory of theirs.

As for our attire at the US Capitol, we went for token red, white and blue. No other color combo would do! Flat shoes are key because we had to walk at least a half a mile just to get up to the building from where cabs drop off. And it’s August, so the layers must be light! 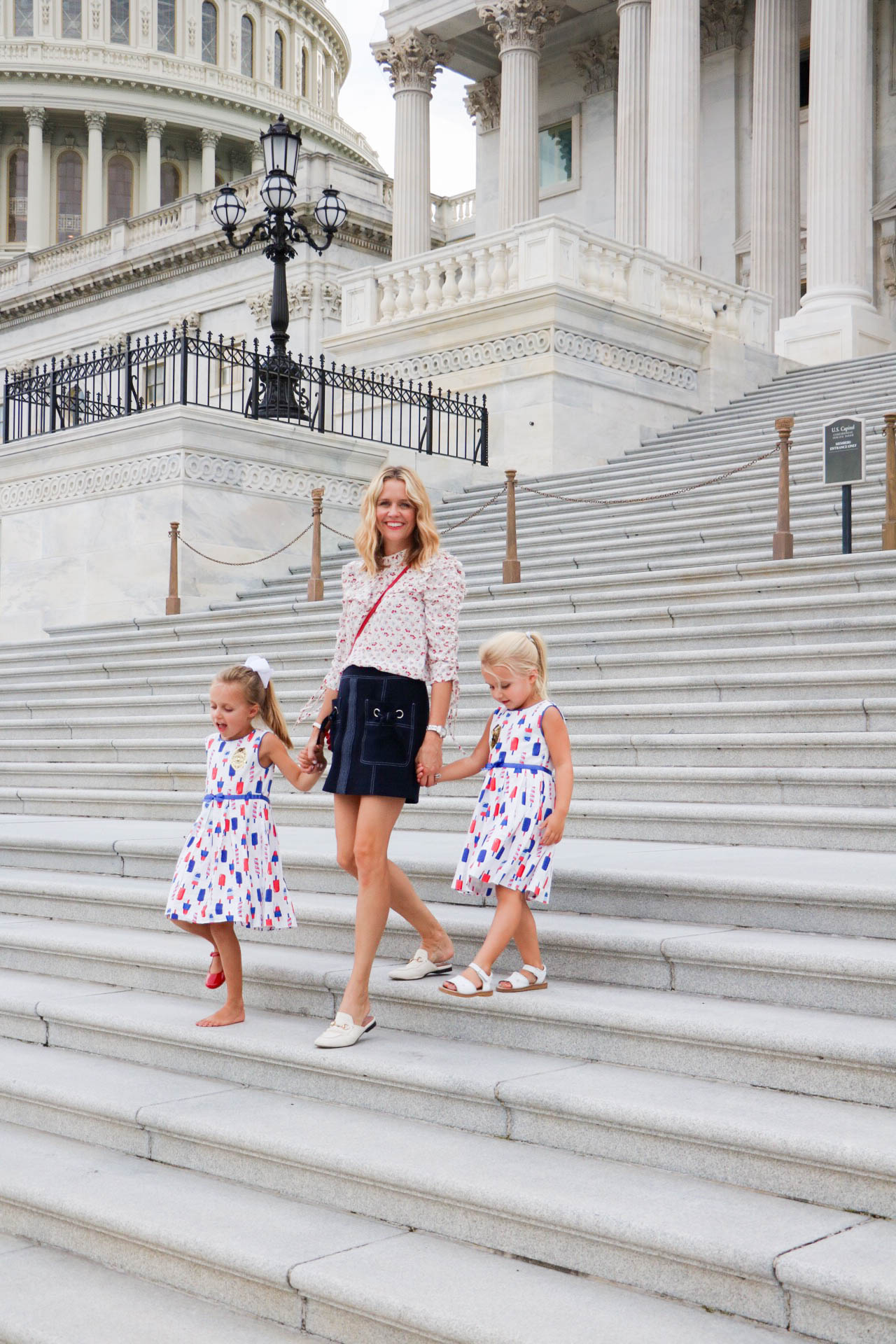 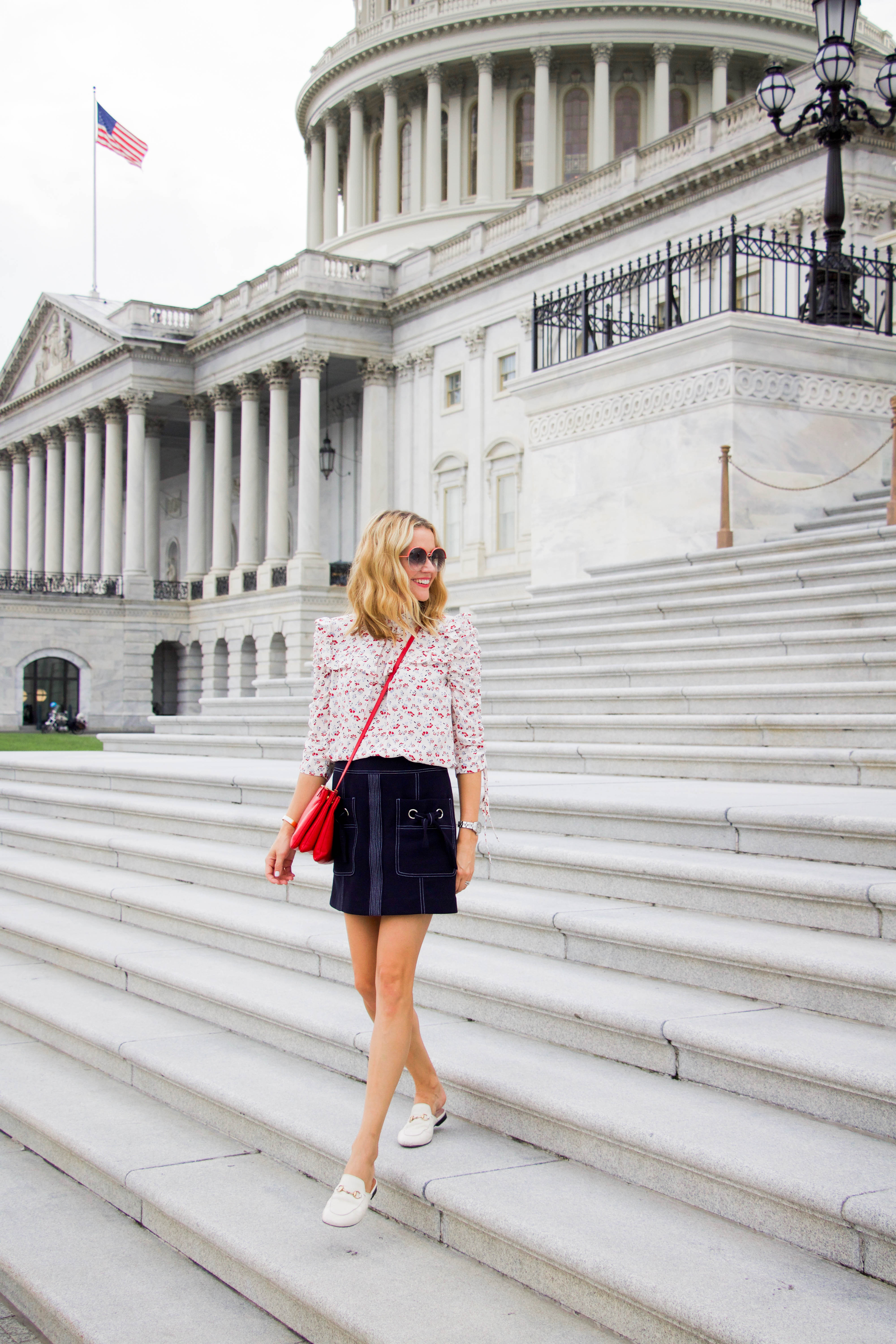 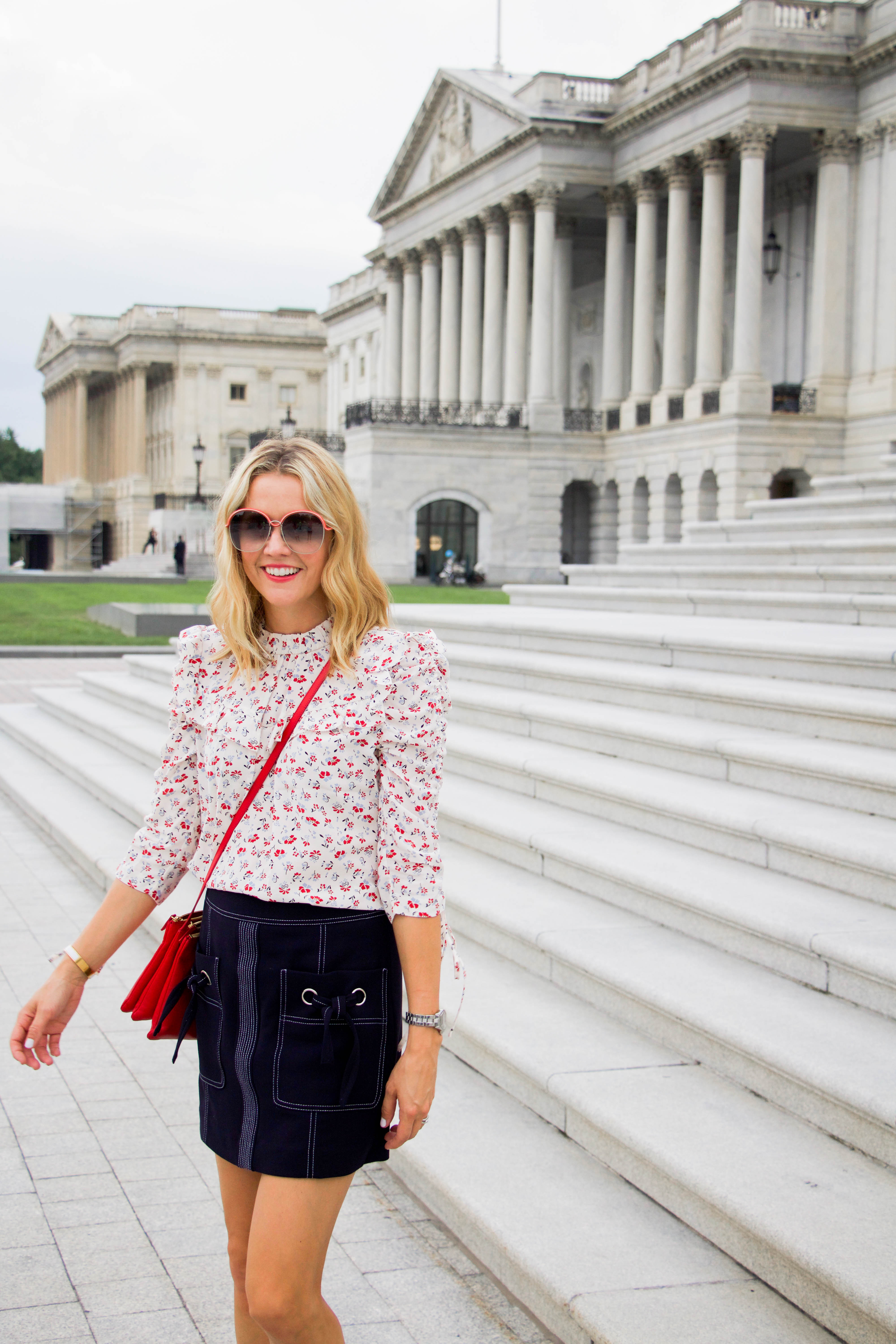 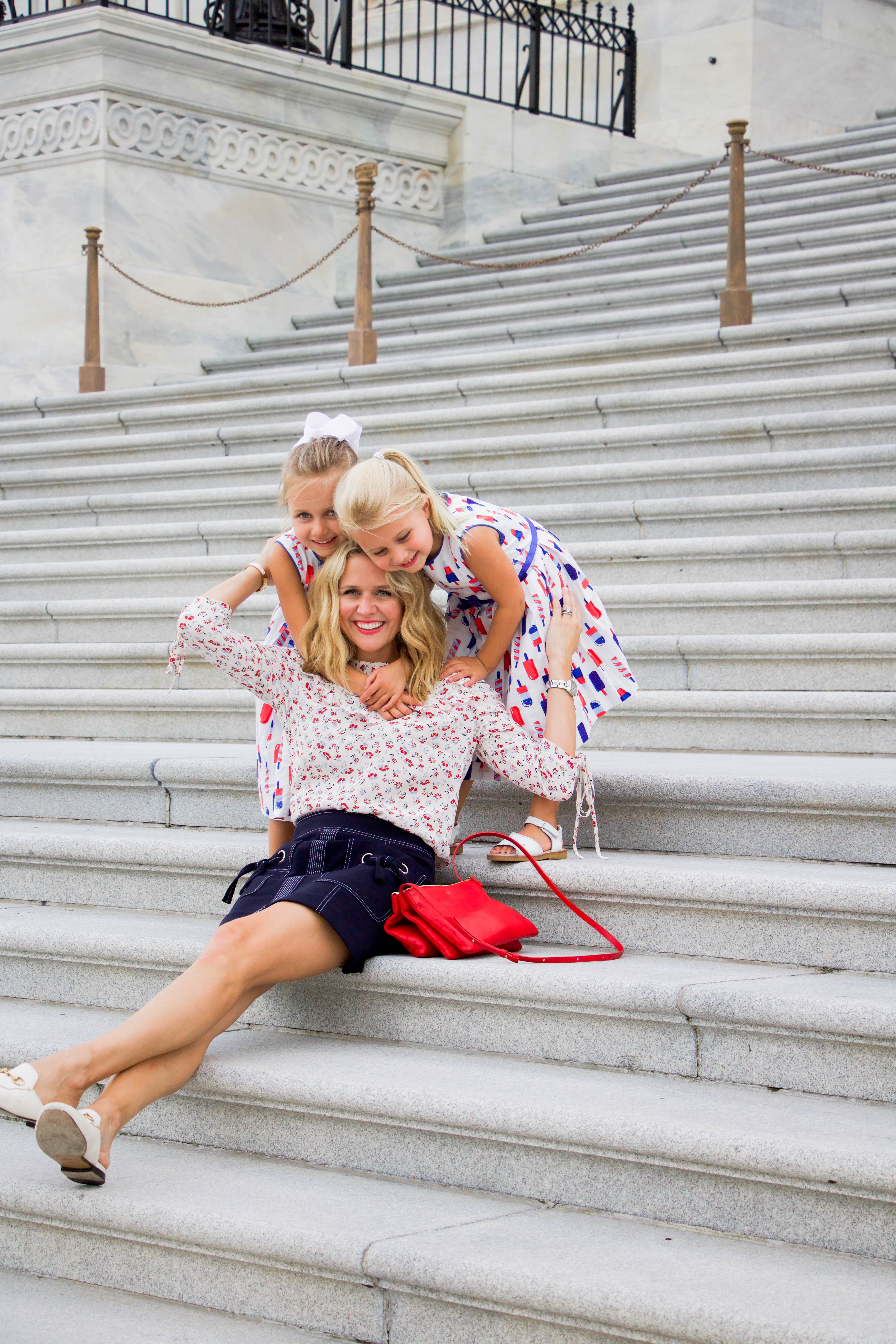