Around {H} Town + Travel, Give Back, Hurricane Harvey fundraising 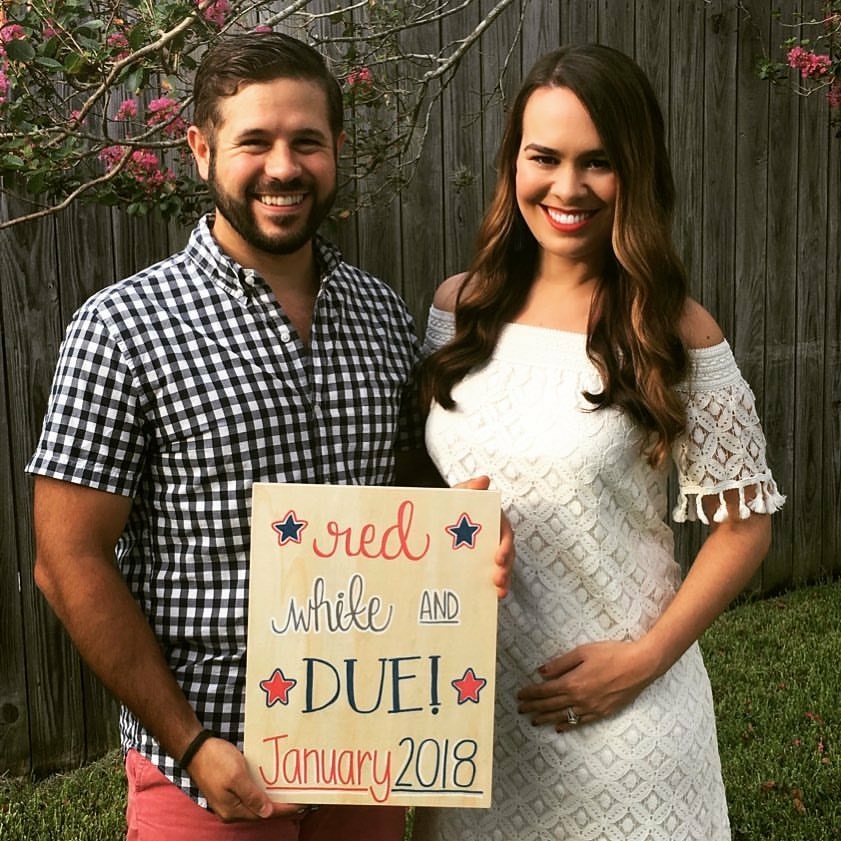 Today, we want to share the story of the Brown family with y’all. Two years ago Matt proudly purchased his first home in the charming, family friendly Walnut Bend neighborhood of west Houston. He married sweet Katie a year later and then just a few months ago they announced they’d be adding a baby girl to their family! Matt and Katie were busy making plans for the baby and  nursery, including lots of DIY home improvements, and then Harvey happened.

Their post Harvey experiences are hard for me to write because I’ve seen first hand what this beautiful couple has been through. It brings me to tears just looking at photos from the past few weeks. 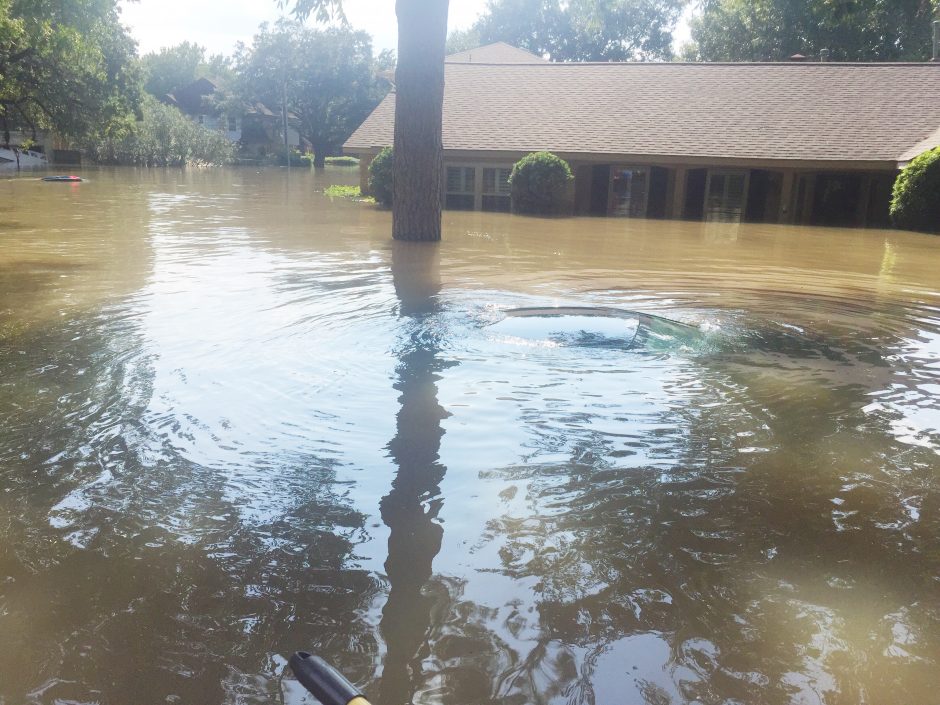 When news of the reservoir releases came about, Matt and his wife decided better safe than sorry and evacuated from their home. Then their worst nightmare became a reality when they learned that the water was quickly enveloping their home and car. When the flooding began, Matt was safe with his wife, but decided to head back to his street to help rescue his neighbors from their home. The only chance to safely evacuate others stuck inside their flooded home was by boat because the water was so high, and currents fast. Matt, a former Eagle Scout, came up with the rescue plan to write “GONE” on the homes that had been evacuated and tirelessly worked to help his entire street evacuate well into the midnight hours. Matt is an unsung Harvey hero. 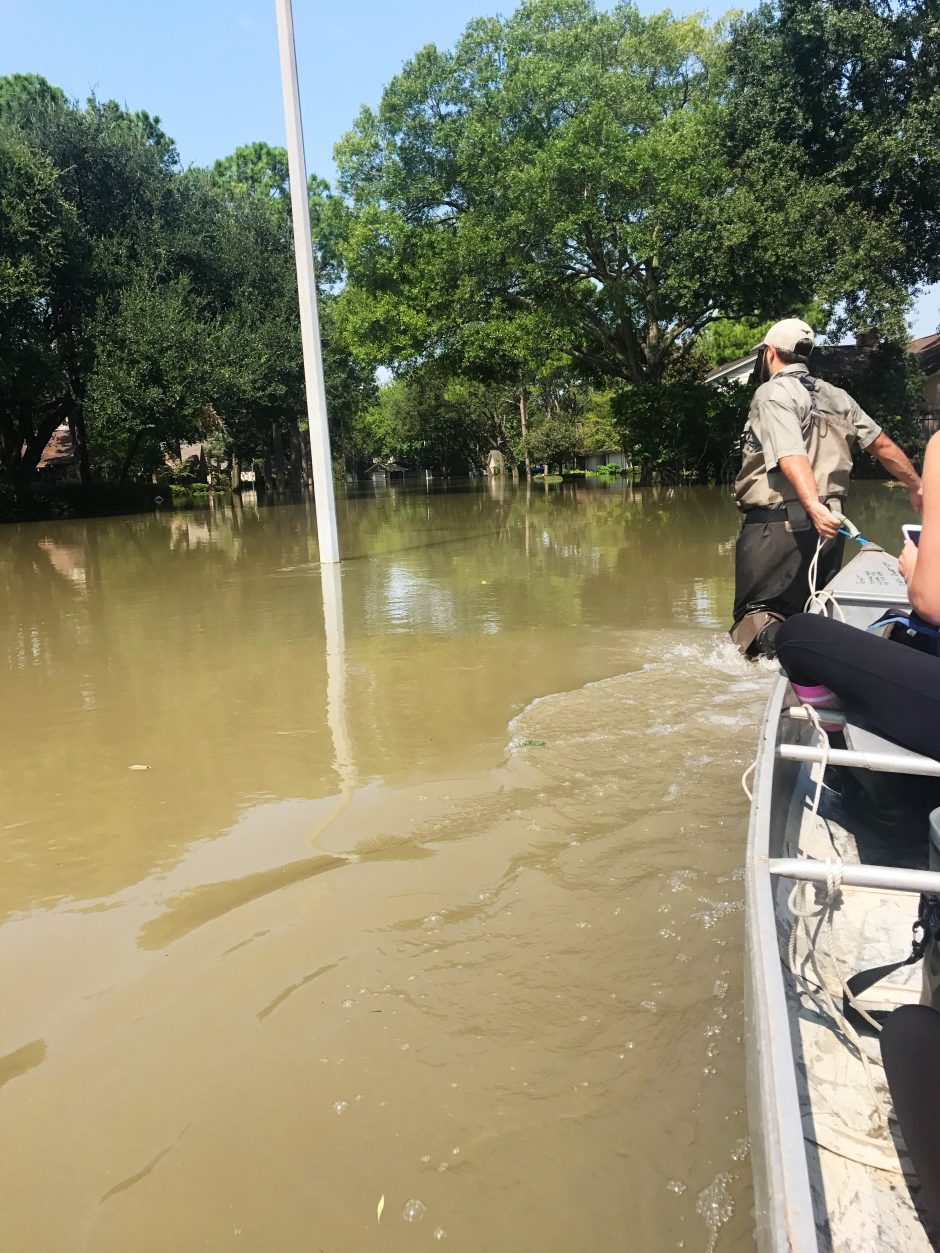 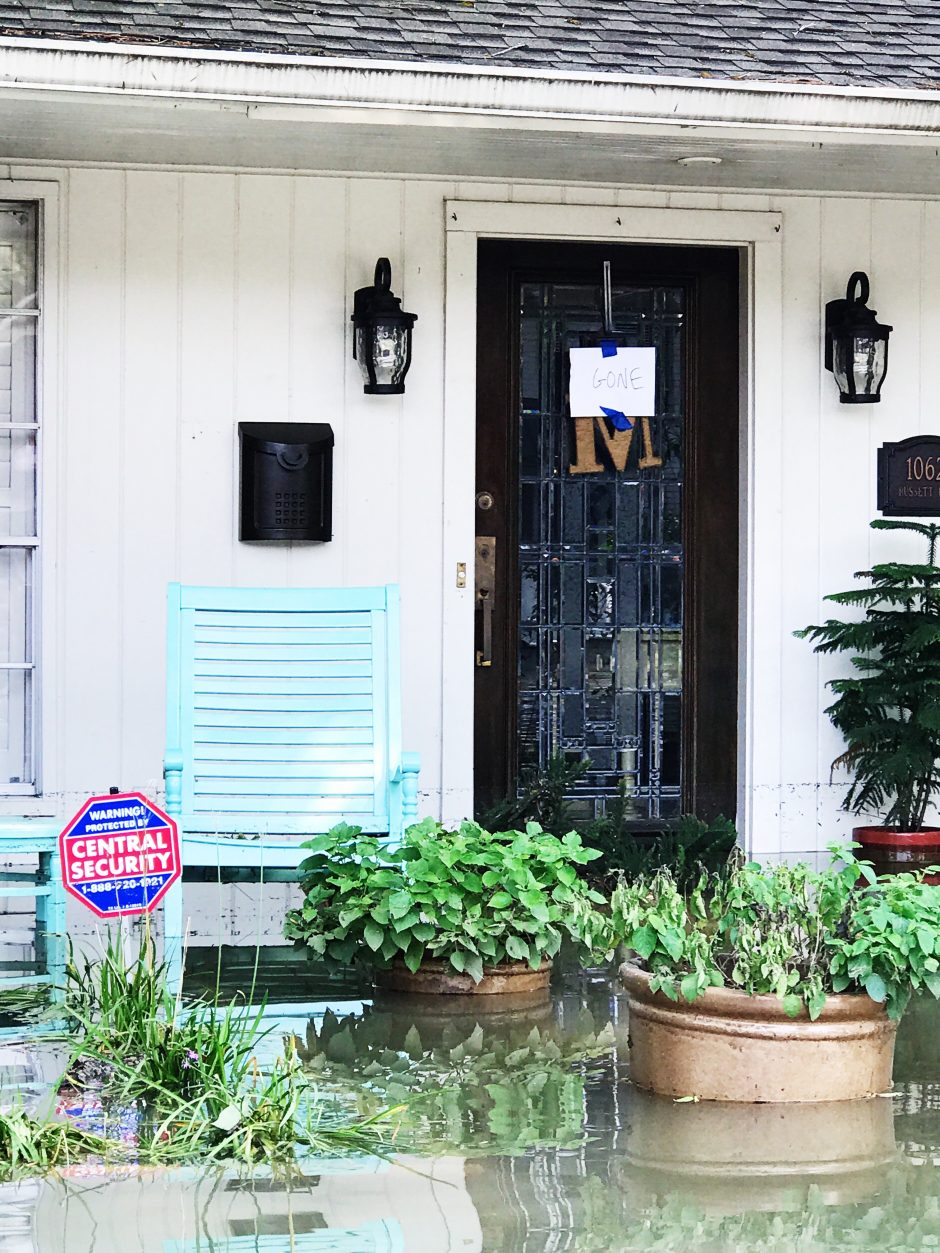 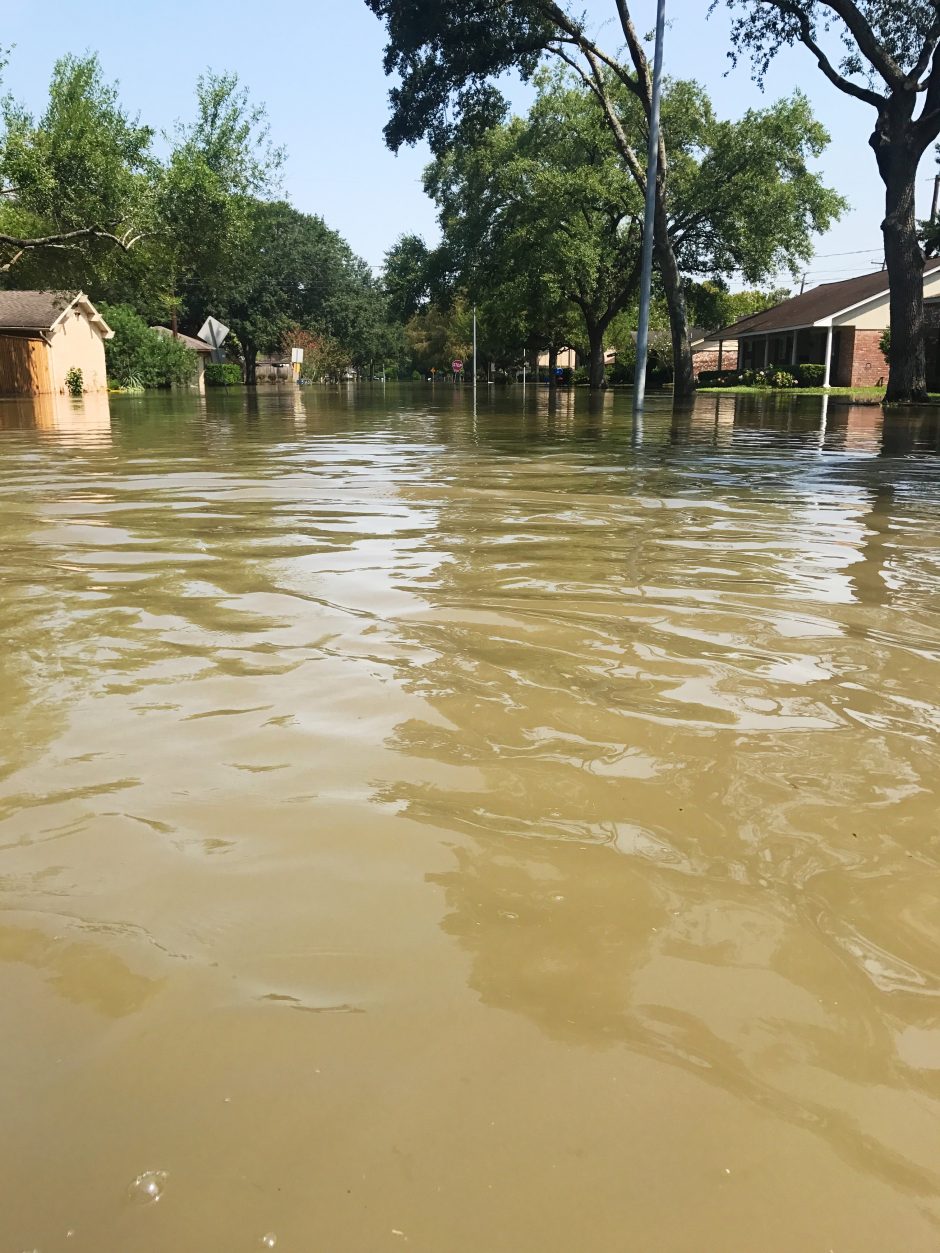 The homes in Matt’s neighborhood had never flooded before and were now inundated with floodwaters for the next few days (and some even weeks). Most of Matt’s neighbors, including Matt, do not have flood insurance. In spite of this huge stroke of very bad luck in the form of a 100-year flood, Matt continues to be upbeat and positive about his situation. Matt’s determination to salvage what he can from his first home has been awesome to watch. He’s worked day in and day out with no hired helpers, cleanup crews, and contractors. There’s no budget for that so he’s doing it all himself, with the help of his friends and family, who have started a fundraising website for Matt, Katie and baby girl Brown. 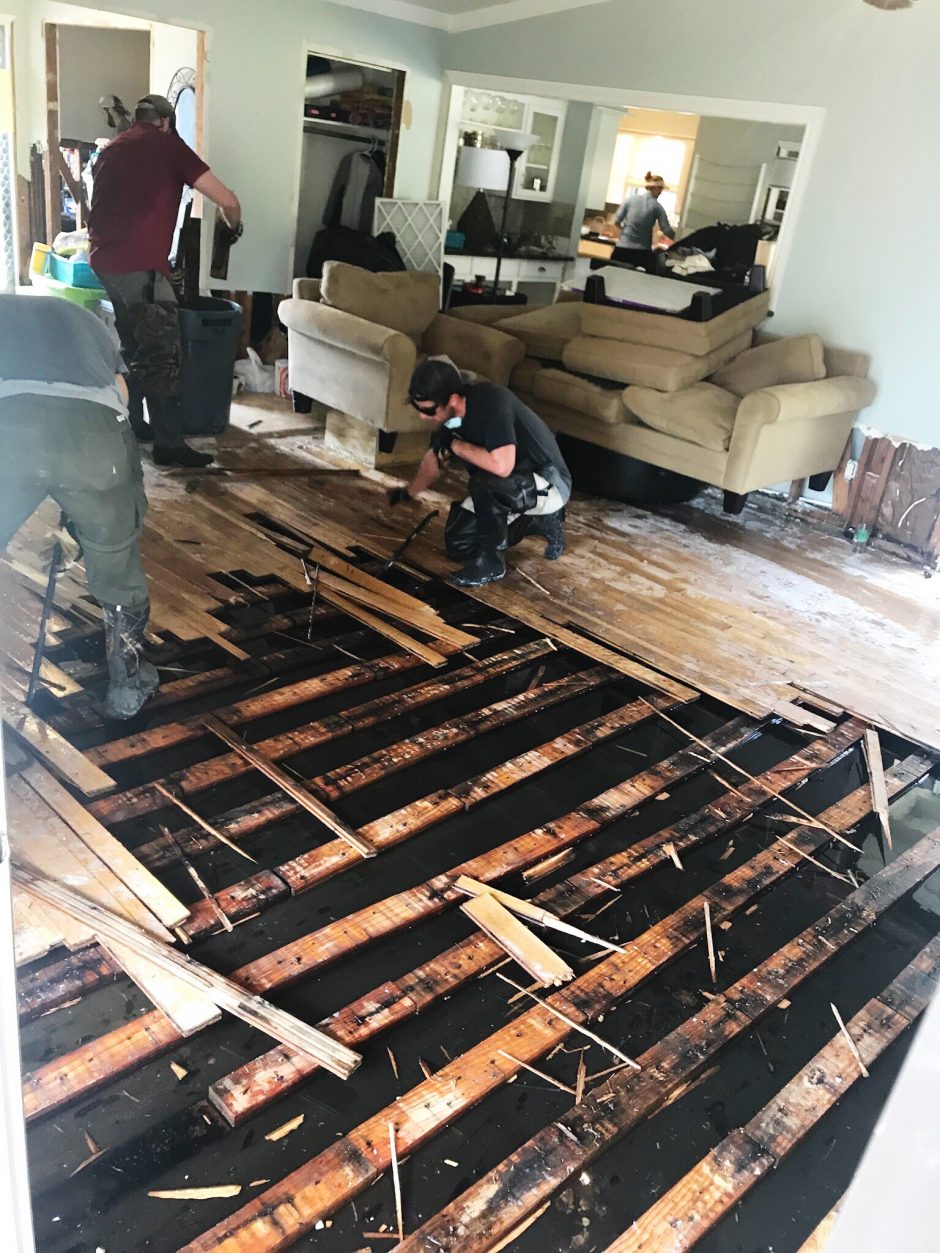 If you want to help the Brown’s rebuild after Harvey (hopefully in time for the arrival of his baby girl), please visit their fundraising site here.

not so basic LBD